Combined Community Councils of the ACT and the BCC

The next Belconnen Community Council public meeting will be held at the Belconnen Library Community Room on July 19 at 7.00PM.

Following recent NCA planning changes there are questions about the future of the CSIRO Ginninderra field site, and how it will affect Belconnen residents. CSIRO representatives will talk with the Belconnen community about these changes and provide an  opportunity for the public to ask questions about them.

Daniel Iglesias, Director of ACT Parks and Conservation Service, and Dr Jason Cummings, General Manager of the Woodland and Wetlands Trust will talk about quolls, where they have been seen, how they are managed, and other interesting things the Parks Service is doing. The quoll population in Canberra is growing with the reintroduction of eastern quolls at the Mulligans Flat Woodland Sanctuary. Spotted tail quolls have recently been seen in Charnwood and Holt indicating that they are returning to the ecosystem.

There will also be an update on Belco50 events and activities

The BCC are seeking a new Committee member. If you have an interest in community issues and are an eligible BCC member, please consider nominating. Email secretary@belcouncil.org.au for further information. 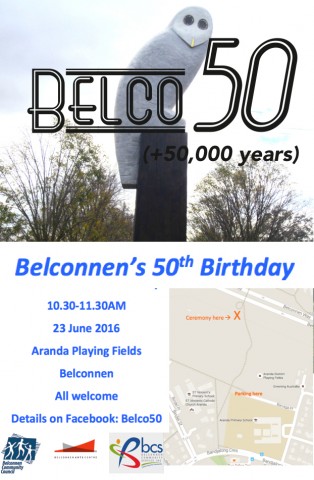 This month we have the opportunity to engage in community consultation with three different organisations proposing development in the Belconnen Town Centre.

We will also discuss the Belco50 celebrations commencing on June 23.

Stewart Architecture on behalf of the Rock Development Group will present new plans to fill the giant hole in the ground at the Belconnen Markets, and seek feedback from the community. The proposed buildings will be 6 storeys high, between the Belconnen Markets and Belconnen Way, and have ground level retail space.

The Land Development Agency would like to discuss options for the old Water Police site on Lake Ginninderra. The site is small with room for a retail only building no higher than two storeys. Public access to the jetty and boat ramp must remain. No decisions or plan have been made yet, and public views are now being sought on options and ideas for this site.

Elton Consulting will present plans for the block behind the Belconnen Labor Club (Section 200). Canberra developer GEOCON purchased this block in 2015, and would like to present preliminary plans to the public ahead of lodging a DA. This site is proposed for a 27 storey mixed use building facing the lake.

A brief agenda is:

All residents of Belconnen are invited to attend.

Belconnen and the ACT Budget

The ACT Budget was handed down this week and it appears to be a safe and steady budget, with a focus on services. Investment will be focused on schools, hospitals, roads and parks. Oddly for an election year, little pork barreling seems to have occurred anywhere in Canberra.
The biggest single investment in Belconnen is for the University of Canberra Public Hospital currently being constructed on the corner of Aikman and Ginninderra Drive. The investment in that facility from this budget is $212 million dollars, and will benefit all of Canberra, not just Belconnen residents. As well as much needed health facilities it will provide jobs and become part of the integration of UC with the town centre.
Some budget announcements that directly benefited Belconnen were the announcement of the duplication of Aikman Drive and upgrades to local shopping centres at Charnwood and Spence.Belconnen schools will receive upgrades, such as an early learning space to be built at Maribyrnong Primary in Kaleen and the CIT in Bruce will receive 1.7M dollars  towards upgrades.

Local playgrounds in Florey and Evatt will be also be provided with finds for upgrades and improvements.

The 9.8M dollar Aikman Drive duplication announcement is an important step in smoothing traffic through the town centre, especially with a growing population accessing town centre services, such as the UC Public Hospital that is being built right now. As well as the road duplication, a cycle path and footpath will be constructed.

Other heavily used arterial roads in the area require attention, such as Kuringa Drive and William Slim Drive, and the BCC will continue to lobby for those upgrades.

The ACT Treasury has prepared a Belconnen specific budget breakdown (available from this link). As your community council we would like to ask you:

Please email us at: hello@belcouncil.org.au

The Ginninderra Falls Association are hosting a  public meeting.

Light refreshments will be provided.

The Hub is the previous Cook primary school. There are three buildings and the relevant one is on the right as you look fromthe road. There is a parking lot in the middle which should be available. There is another one at the rear if necessary. The room we will be using is the Education Room of the Heraldry and Genealogy Society. This room is at the end of thecorridor on the right, just before the doors into Companion House.

May public meeting of the BCC – Minister Fitzharris and Transport Canberra

We will also hear from the Retired ACT Transport Employees Club about preserving Canberra’s transport heritage and the role their members have played moving us all around Canberra since the capital was established.

We invite all members of the public to attend our May public meeting on: Tuesday 17 May at 7PM at the Community Room above the Belconnen Library.

A brief agenda is as follows: 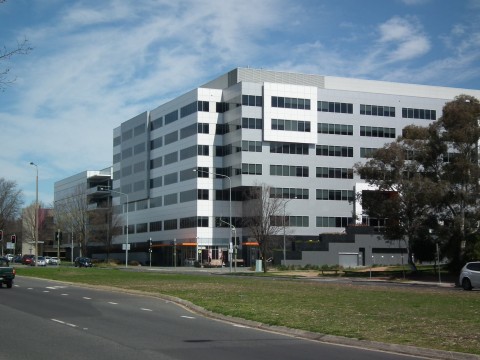 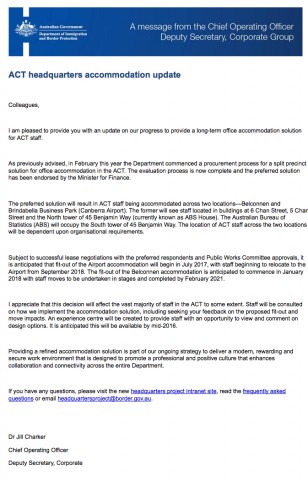 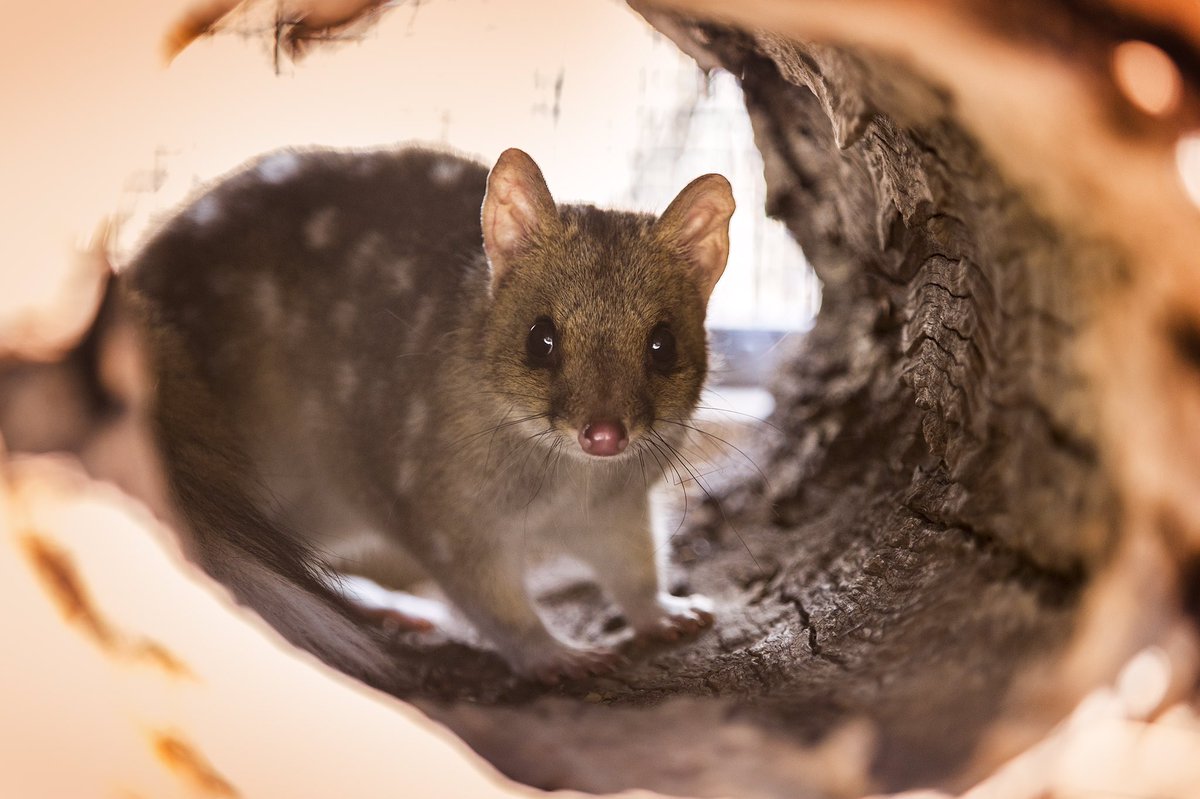 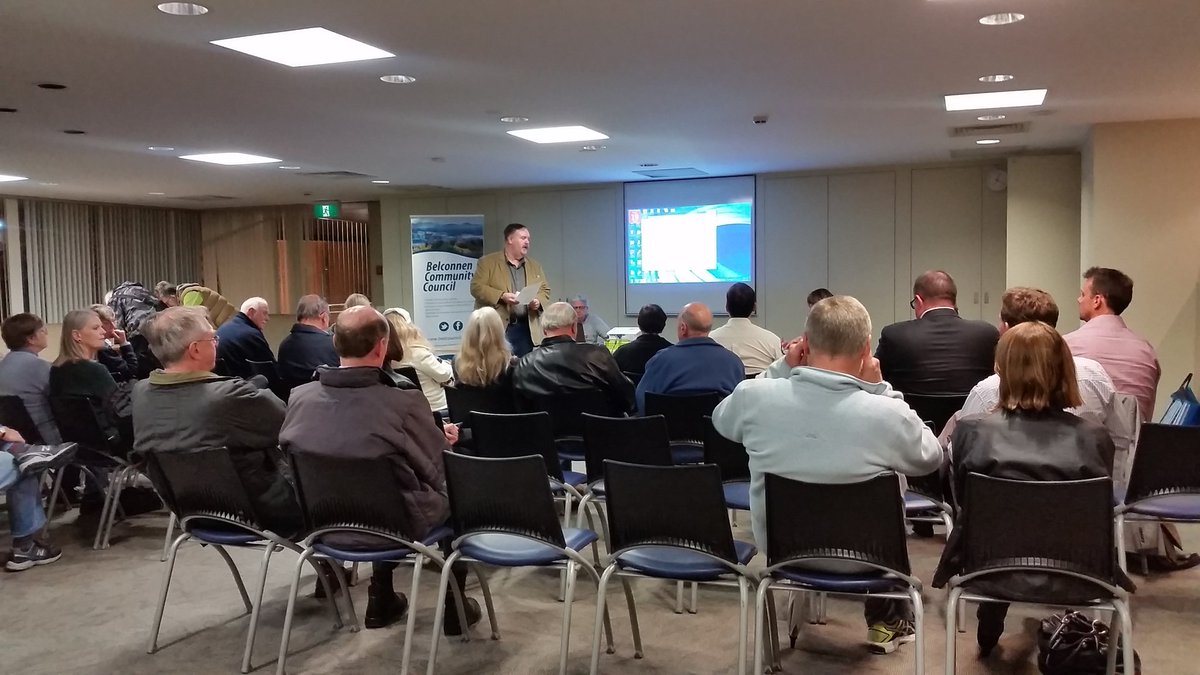 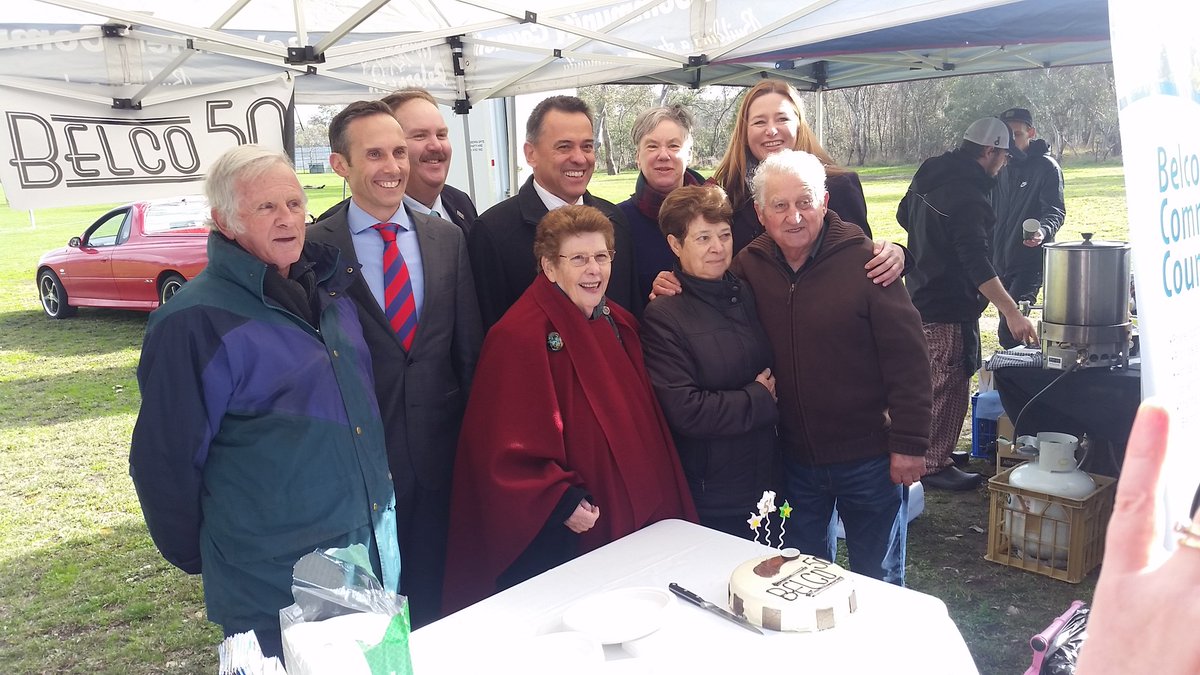 So we’re ensuring that our newest communities have the services they need.

This will allow you to easily connect with the wider transport network through to Belconnen and the City.

Graeme Evans was an active member of the community, and founding President of the Belconnen Community Council, an organisation he remained involved with for several decades.

Sadly he passed away from Parkinson’s Disease last week.

Graeme donated his body to science, so there is no funeral, but his family are holding a memorial service for him at 11am on 28 March at the Griffin Centre in Civic.

All who knew Graeme are welcome to attend. ... See MoreSee Less

You may have seen the very big sign go up on the corner of Swanson Court and Chandler Street this week, advertising the sale of the site.
🔸 The site is planned for release in late March
🔸 TCCS has conducted a further traffic study and determined that additional traffic movements that a future development on the site might generate will not require any modifications to the existing network
🔸 The Park and Ride facilities will likely be relocated to Josephson/Walder Street car parks in addition to new facilities on College Street (near UC)
🔸 I am still working with the Ministers' offices on best opportunities for parking once any construction commences on the site (which will be some time away). However, there is now additional public parking at the new Mecure Belconnen site and parking at Republic will open soon. ... See MoreSee Less

This is good news that the project will be finally starting. ... See MoreSee Less